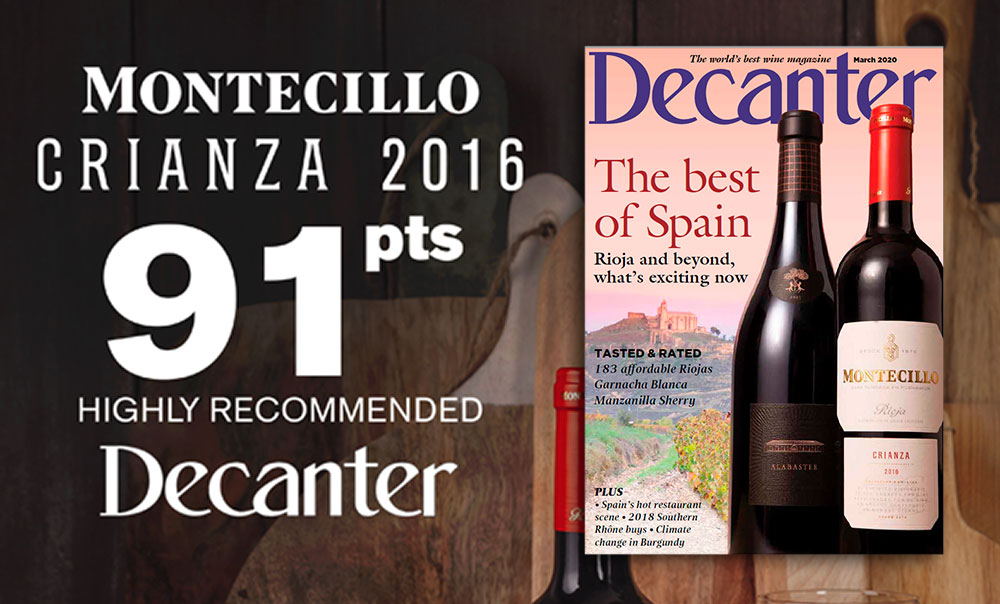 The prestigious, leading British wine magazine has just published its March issue, with a special report on Spanish wines. In the tasting of Affordable Riojas led by a top-flight panel: Sarah Jane Evans MW, Simon Field MW and Pierre Mansour – head buyer at The Wine Society (UK) – the wine from Bodegas Montecillo was given a 91 points Highly Recommended rating. It was one of the few Crianzas to make the list, with wines tasted for this category including Reservas and Gran Reservas. Only 53 wines obtained a Highly Recommended rating from the 183 wines that were tasted. The tasting panel described Montecillo Crianza 2016 as having „broad, generous red cherry fruit with layers of smoke and spice, a grip of savoury tannin and an expressive finish.“

The history of Bodegas Montecillo

In the second half of the 19th Century, a handful of enthusiasts made a firm commitment to using Bordeaux winemaking methods and started to produce wine with the aim of exporting it outside Spain. One of the first people to do so was Don Celestino Navajas Matute, from one of Fuenmayor’s most deeply-rooted families. He founded his winery in 1870. Don Celestino showed he had great vision for the future: he sent his son Alejandro to study in Bordeaux. With the passing of time, Alejandro and Gregorio would go on to found a firm with the name Hijos de (Sons of) Celestino Navajas, with the idea of continuing their father’s work. The next generation consisted of José Luis Navajas – the son of Alejandro – who studied enology in Burgundy and Penedès, becoming the manager of the family winery.  He made a decisive step forward in terms of the wines‘ quality and success, introducing techniques that were innovative at the time in Rioja, such as cold vinification, now a key characteristic of the Montecillo winery.  As José Luis Navajas had no descendents, he decided to place the legacy of his ancestors in the best possible hands. Therefore, he built a relationship with another winemaking dynasty, the Osborne family, who took over Bodegas Montecillo in 1973. Since then, Osborne has gone on to develop the great virtues of the Fuenmayor winery: quality, tradition and know-how, by building new more spacious and functional winemaking facilities between the towns of Fuenmayor and Navarrete.  This is the current location of the Montecillo winery, designed for careful winemaking, aimed at producing the wines for long ageing for which the brand is renowned.